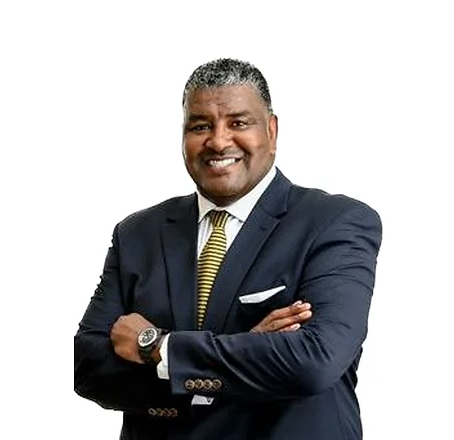 Jeffrey A. Fletcher, the owner/collector of the Ruby and Calvin Fletcher African American History Museum, is a life long resident who was raised in South Eastern Connecticut. He is one of four children whose parents migrated from the south during the “Jim Crow” and turbulent Civil Rights movement.

After graduating from high school and college, he began what he refers to one of the many inspirational points in his life that brought him to collecting African American artifacts and memorabilia. Jeffrey spent fourteen years employed within the State of Connecticut Department of Mental Health and twenty one years as a Police Officer in the City of New Haven. Where the community he served was a multi-cultural community comprised of African American and Latino neighborhoods. Dr. Danielle Cooper is an Assistant Professor of Criminal Justice and the Director of Research at the Tow Youth Justice Institute at the University of New Haven. Dr. Cooper received her BS in Justice Systems (with a minor in Business Administration) in 2009 and her MA in Criminology from the University of Florida in 2011. She received her PhD in Criminology (with a minor in Organizational Leadership for Nonprofits) from the University of Florida in 2015.
During her time in school, she was selected to serve as a McNair Baccalaureate Scholar (as an undergraduate) and a McKnight Doctoral Fellow (as a graduate student), both of which are programs focused on increasing minorities in academia. She currently conducts research in the areas of youths and young adults, juvenile justice and delinquency prevention, criminological theory, and sex offending.
In addition to her work as a Professor and the Director of Research at UNH, she is also a Certified Prevention Professional who works with nonprofits and community organizations as a prevention trainer and evaluation consultant. Through her work in the community, she has collaborated with key stakeholders, such as youth and their parents, law enforcement, mental health professionals, and youth serving organizations. Larry Conaway is a retired administrator, most recently at Riverside Education Academy in New Haven. He currently serves as a member on the New Haven Board of Education. He is married to Karen Green and has four children. Larry Conaway has been a community activist for the past 30 years serving on numerous boards and commissions and has received many awards. Dr. Coker received his Ph.D. in Clinical Psychology with a specialization in Forensic Psychology from Nova Southeastern University. He received his clinical postdoctoral training through Northwestern University at the Cook County Juvenile Court Clinic, where he conducted sentencing evaluations on youth involved with the Department of Probation. He then received his J.D. from Loyola University Chicago School of Law, where he graduated with cum laude honors and was an entering Health Law scholarship recipient and also served as the Editor-in-Chief for the law school’s Health Law and Policy Review, Annals of Health Law. He served as a council member on the Juvenile Defense Resource Institute at Northwestern University School of Law, which was a project designed to strategize ways to reduce recidivism and improve legal representation of juveniles involved in the criminal justice system. Dr. Coker also was a NIDA T-32 postdoctoral fellow at Yale University Department of Psychiatry’s Forensic Drug Diversion Program (FORDD). 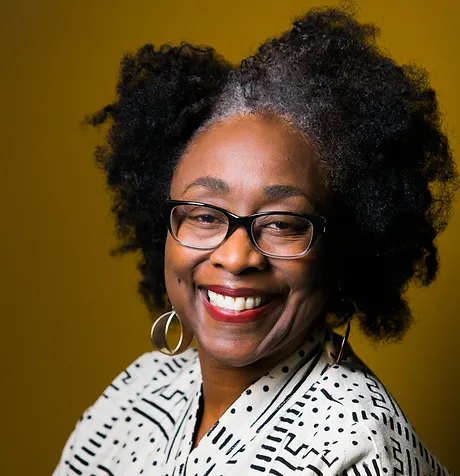 Kim Newland MSW, LCSW of KNC Associates, LLC is a Licensed Clinical Social Worker who specializes in issues concerning Adult Men, Women, Adolescents, Couples and those issues related to psychological trauma through the journey of Cognitive Behavioral based interventions. She has years of intense exploration into many issues that promote emotional and spiritual well being.
Kim has proven the ability to help clients create and utilize those tools necessary; that will help with powerful changes in their lives.  There are many common challenges that we all face in creating and maintaining closeness in relationships, achieving emotional stability and maintaining inner peace and happiness.
Kim sees her role of “therapist” as a guide to her clients over come challenges, and to live more successful lives.
While Kim’s practice is Christian based, she sees a myriad of clients who are seeking to learn how to master their life by developing an in-depth understanding of who they are, what they have to offer, knowing how others perceive them and  developing the necessary tools and confidence to take consistent action daily.  Having emotional awareness and managing troubling emotions are always key to successful relationships at home and at work.
Kim provides a delicate blend of compassion and accountability to those who are ready to do the work.
Kim is the recipient of Proactive Resources Group which cites ; Top 10 resources in the Greater Hartford areas for the years 2009 and 2010. Kim Reeves is a communicator who was born in New Haven Connecticut.  Kim graduated with honors from Saint Augustine College with a Bachelor of Arts in Religious Studies. Kim is a licensed minister and enjoys teaching and sharing God.  Kim is a travel consultant with over 30 years of expert experience.  She has had the privilege of working with all facets of travel, with over 17 years with a major international airline, the United Nations travel department and travel management for several large corporations and tour companies.  Kim has traveled the world and understands how important globalization is to unity among mankind; she has taken advantage of the opportunity to see the world.  Kim believes travel is an educations on its own and believes everyone should travel.  She has a great respect for all people and believes that love has the capacity to conquer all.  Kim is the mother to one wonderful son.

Anthony Blades was born and raised in Bushwick, Brooklyn, New York. Anthony graduated Brooklyn Technical High School. He later received an academic scholarship to attend St. John’s University Queens, New York and finished his college academics at the University of New Haven where he graduated with a degree in Criminal Justice. Recruited by the Federal Bureau of Investigation (FBI), Anthony worked in the Special Operations Unit as an Investigative Specialist. Since then, Anthony has been an Executive Protection Specialist with over 25 Years of experience in High Profile Dignitary Protection, Law Enforcement, Investigations and Security for A-list celebrities, athletes, Fortune 500 CEOs of well known companies and various entertainers throughout the world. James Scott began his law enforcement career as a New York City (NYC) Correction Officer. After working in NYC for two years, he moved to Connecticut, where he continued to serve as a State Trooper.  During James’ tenure with the State Police, he has worked as Patrol Trooper, Academy Instructor, Patrol Sergeant, and ultimately the Commanding Officer for the Recruiting Unit.  James also served in the Army National Guard for 20 years.  He specialized in Military Police Operations and is a Veteran of Operation Iraqi Freedom. After 20 years of service, James retired with the rank of Master Sergeant.  James has a Bachelor’s Degree in Criminal Justice, a Master’s Degree in Administration, and is currently a doctoral student at Saint Leo University.  After 21 years of service with the Connecticut State Police, James retired and assumed a full-time faculty position at Albertus Magnus College in New Haven, CT. Calvin earned a degree in Political Science from North Carolina Central University.  He is a proud member of Kappa Alpha Psi Fraternity, Inc.  Calvin Fletcher brings over 30 years of directly relevant and extensive hands-on contracts administration experience to the position.  He has worked for some of the top government contractors in the industry over his career and supported many federal agencies as a Contracts Professional in the Washington D.C. Metropolitan area.  His guidance with other departments to ensure contractual requirements is a strength that he brings to the contracts administration industry.  Calvin’s knowledge and experience leads is an asset to an ever growing landscape.

Sign up for our monthly newsletter for the latest news & articles

Please Donate To Our Museum Today.

This museum is supported by